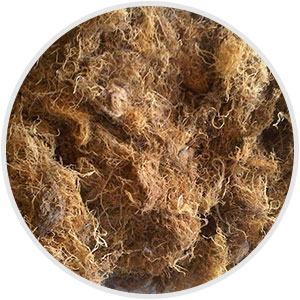 Agar agar is called kanten ( かんてん /  寒天 ) by Japanese. According to the Japanese folklore, the method of agar agar production was accidentally founded by an inn keeper. He tossed leftover jelly in the winter. It froze at night and thawed in the next day. The inn keeper found it few days later. He found that it produced whiter jelly when he boiled it. That is how the new method of producing agar agar founded.

Agar agar that is made from Gracilaria seaweed has so many uses. The most important usage of agar agar is in fungal and bacteriological culture work. In some countries, agar agar is also used to preserve cooked fish. It can also be used to prevent foods from spoiling. Bakery products also need agar as the gelling properties. The gels can withstand high temperatures. Agar is also used as stabilizer in meringues, pie fillings, toppings, and many more. It acts as thickening agent for candies, ice cream, jelly, pastries, and malted milk. It is also used to make confectionery.

For your information, Indonesia has the second longest coastal line in the world, making it able to be a big supplier of seaweed. The seaweed in Indonesia commonly takes 45 days to harvest. In line with the increasing of seaweed demand, our company plays role as the exporter of seaweed. We have ourGracilaria seaweed sourced mostly from Palopo, South Sulawesi. We are also able to supply Gracilaria seaweed originated from sources such as Brebes, Central Java. If you are looking for good supplier of Gracilaria seaweed, please do not hesitate to contact us.